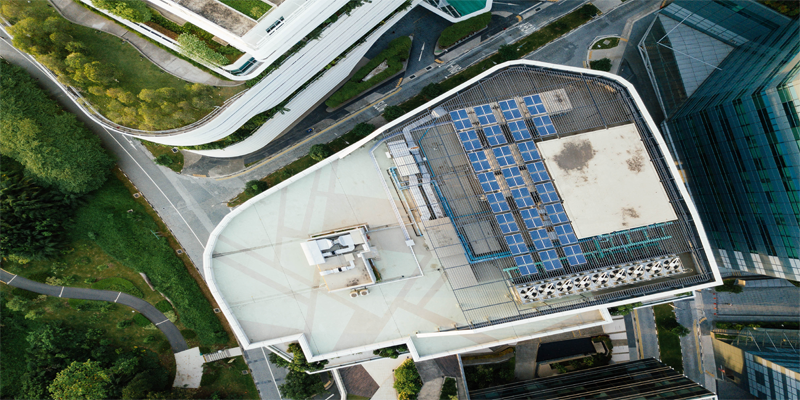 The electricity market is shifting into the control of consumers, allowing them to; store, monitor, sell-back, and ultimately save on their energy in ways that were once unimaginable. Solar power technology has enabled self-sufficiency of energy in the most widespread and economical way, in particular, the last 10 years, growing cheaper and more efficient by the year.

You may have heard the term ‘cryptocurrency’ over the past few months, it’s a form of digital currency backed by a secured algorithm that doesn’t require any trust or financial institution backing. There is a  generalised perception that cryptocurrencies represent simply a form of investment and way to make money, but underlying these digital coins are real companies with life-changing ideas that can impact the world in a valuable way.

A recent cryptocurrency called ‘Power Ledger’ is a business that enables consumers to trade the excess energy that they’ve stored through their solar photovoltaic systems (solar panels). This process is deemed as a ‘peer to peer’ (P2P) distributed energy resource system, essentially allowing individuals that have an excess storage of energy to sell it on-to other local consumers or business (local ‘peers’) who would of otherwise not have had access to renewable energy. Power Ledger has been thoroughly tested and works out to be both more profitable for the seller and cheaper for the buyer. This service is revolutionary and will allow consumers and businesses to more efficiently control and utilise their energy resources.

The current conventional energy grid system can be seen to be impeding on businesses and individuals that consume energy in the following two areas:

How can this system be implemented?

According to a Clean Energy Australia Report, a diverse range of businesses, schools and organisations are taking the opportunity to utilise their roof space with commercial solar panels to reduce their electricity bills.  Queensland continues to lead in the national race of photovoltaic installations, where these results of increased commercial installations represent a greater understanding by businesses utilising their geographic positioning to make immense savings for the future of their business.

Generally speaking, a large business will want to take advantage of its operational space to allow for economies of scale in energy production and storage. A Microgrid system is most suitable for this cause, which is essentially a downsized version of a utility power system.

For a small to medium-sized business (SMB), a Nanogrid system may be more realistic and most similar to a household energy production and storage system. It is used to house their own isolated grid networks powered by batteries that can support electronics, lighting and internet communications.

So you have your solar panel system setup? What’s next?

It’s time to join up your physical solar network or assets with the Power Ledger:

How can these systems save your business money?

According to reneweconomy (Sept. 2016), ‘nearly one-quarter of  Australian businesses are claiming to have already tapped rooftop solar as a measure to cut electricity costs and be more environmentally responsible.’

By generating your own solar power energy, storing the excess electricity and selling it either back to the network grid or to other local consumers and businesses (peer-to-peer distribution method)  you can bypass the following costs:

So far Power Ledger has managed to gain:

**Note: Power Ledger aims to be fully operational and available to the wider public by the second quarter of 2019**

By becoming part of the Power Ledger peer-to-peer network you can enable your business to lock-in long-term profits and while safeguarding your energy needs into the future. If you're yet to evaluate or organise your businesses stance on Solar Energy now is the time!